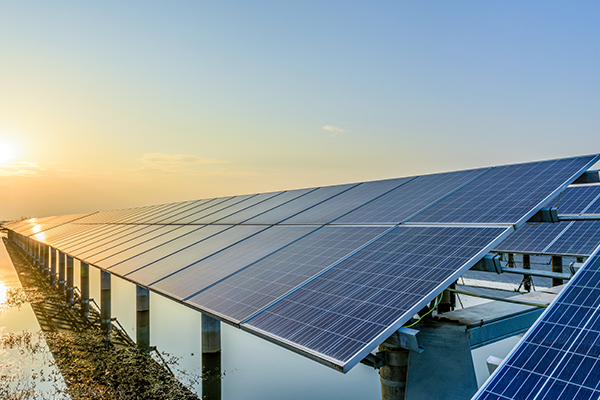 It’s an adage you have heard again and again: not only are solar panels good for the environment, but they are also good for business, too. In fact, it is often said that businesses that opt to install solar panels on their roofs are well-positioned to recuperate their costs through lower energy bills.

However, before you go installing commercial solar panels for your company, it is understandable if you want to see a more precise breakdown of the exact Return on Investment, or ROI, that is offered by solar panels. Although it is hard to provide exact numbers — as every situation is different — in this article we will break down the ROI that companies can expect with their solar panel installations.

While it can be tempting to talk specifics, it’s important to note that it would be nearly impossible to project an exact number that a business could expect as a return of investment on a solar panel system. As such, it is much more helpful to instead pick apart all of the factors that will contribute to your particular ROI, such as:

1. Hours of Peak Use

As solar panels rely on energy from the sun to operate, it goes without saying that they will be at their most powerful when the sun is at its brightest. For the majority of business owners who are looking to install solar panels, this is actually a good thing. Unlike in many private homes, where individuals may be partaking in energy-intensive activities at all hours of the day and night, businesses are most likely to be performing during business hours, which is also when the sun is at its peak.

Depending on where you live, you may be eligible for certain government tax breaks and incentives that will make the installation of solar panels more affordable. In British Columbia, for example, there is one regulatory program and two incentive programs surrounding solar panels.

The cost of electricity varies depending on where you live, and this fact remains relevant to you even if you are completely relying on solar power and no longer paying anything to the energy company. The reason is that individuals who were paying high electricity rates will find it easier to achieve relatively economical rates while using their solar panels.

The cost of installing your solar panels will vary greatly depending on where you live, the type of building you live in, and even on the project market value. For example, in 2020, it was estimated that the installation of solar panels was up to nine times cheaper than comparable costs in 2006. Although it is unclear whether or not these costs are going to continue to decrease, it goes without saying that the overall market value will have an effect on how likely you are to recoup your installation costs, as the higher the installation costs are, the longer it would theoretically take to recover them.

The type of roof that you have underneath your solar panels will have an effect on the costs associated with the installation of solar panels. For example, certain roofs with a lower weight load may require the installation of more lightweight, custom panels. Tall buildings may require cranes and other equipment for installation, which will also in turn increase their costs. Sloped roofs may be more difficult to install panels on than their flat counterparts.

These extenuating factors are the reason why it is so hard to get a blanket cost estimate for solar panel installations — all quotes are best left to the professionals who can have a look at your roof before making any observations.

Aside from the fact that the shape of your roof affects the costs associated with installation, your roof’s shape will also determine how much sun you can expect to capture and, as a result, how efficiently you can use your solar panels. The best-suited roof will be unobstructed by tree coverage and will face the direction of the sun’s strongest rays. If your roof is not already well-suited to capture the sun, you could always have tilted panels installed, but note that this will increase the costs of your installation.

Having solar panels installed is exciting, but it can also be intimidating if you have never embarked on a similar project before. Rikur Energy is here to provide you with personalized estimations for solar panel installations, and to answer all of your questions. Get in touch today!